Amsterdam: how to celebrate King's Day

King's Day is the biggest national event in Holland. ... You will find music shows, fairs, flea markets and parties throughout the ... Things to do on King's Day.

Amsterdam: how to celebrate King's Day

You know that day in The Netherlands that all your friends told you about and when the whole city of Amsterdam is covered in orange? Yes, that is King’s Day and this is the only day in the year when everything and everyone turns orange! On the 27th of April we celebrate King’s Day in The Netherlands and the whole city of Amsterdam turns into one big party venue. An estimated 700.000 visitors join 822.000 locals on this day and the whole city turns into one big street party with music & dance events, free markets and all other great orange festivities. Don’t know what it’s all for? Please read further!

Queen's Day or King’s Day and what is it?

King’s day (in Dutch “Koningsdag”) is a national holiday in The Netherlands and is actually the biggest national event in the country. Everyone gathers together to celebrate the king's birthday and the dress code is, for obvious reason, ORANGE! In the whole country, celebrations are organised, however, the celebrations in the capital Amsterdam are the largest and thus the most attractive. Almost 1.5 million people gather to celebrate this unique event.

The atmosphere on this day is traditionally relaxed and joyful. People are celebrating the King’s birthday by organizing flea markets, having fun with their friends and relatives. In the past, many big music events were organized on the Museumplein and Rembrandtplein, albeit these events were recently relocated to the outskirts of the city to make it more manageable.

Already in the mood of all those orange festivities but you cannot wait? King’s Night kicks off the party in Amsterdam. In the night before King’s Day, many bars, cafes and restaurants open their doors to organize special parties and events during this night. The beers flow freely and everyone is making the time of their lives. Please make sure you don’t have a big hangover. You have a whole busy day ahead! ;)

You may wonder why all those folks are dressed in orange while the colours of the national flag are obviously red, white, blue. No difficult answer: orange is the colour of the Dutch Royal Family which descends from the House of Orange. Did you know that the surname of the Dutch King “van Oranje” is? If you translate it to English, his name would be William of Orange.

What to do on King’s Day?

Enjoy it from the canals

Do you want to enjoy King’s Day in Amsterdam in optima forma? If the weather is good, (and that’s not always the case in the Netherlands) you should enjoy this beautiful day from the Amsterdam canals. The canals are packed with little boats and barges and if you know someone that owns a boat, make sure you reserve a seat! If you don’t have a lucky charm, it is also very nice to enjoy the view from the streets and bridges near the Prinsengracht, Keizersgracht or Herengracht.

Not a big fan of water? Also the little streets of Amsterdam are perfect to explore and enjoy the happiness of this beautiful day.

Take a stroll along the flea market

Do you fancy flea markets or second hand accessoires? Amsterdam is your venue no. 1! The flea market or in Dutch de “Vrijmarkt” is a citywide street sale. Anyone can set up a little spot where people can sell their unwanted objects. Nowadays it is so popular to sell your stuff that people are already securing a spot, one day prior to King’s Day. So don’t be surprised when you see people next to the streets with sleeping bags, one day before the party begins!

The flea market in Amsterdam is a unique family event where many kids are participating. People conduct symbolic prices and above all its about having fun. Flea markets start usually around ten o’clock but families and other people are already gathering around at eight o’clock to unpack their objects.

Are you a bargain lover and meanwhile you would like to enjoy a self baked delicacy? Then we absolutely recommend visiting the Vondelpark. This park is mainly reserved for children who sell their old toys or other bargains. They don’t only sell their old stuff; it is also a tradition that children bring self baked delicacies which they sell on the street. We cannot wait to taste those homemade brownies, apple pies and other sweat treats.

Party on the streets downtown

In for a party on the streets in Amsterdam? Make sure you visit the lively neighbourhoods de Jordaan, de Wallen and the Nieuwmarkt to enjoy King’s Day to its fullest. Many cafes open their doors and there are music and drinks on the street. One big PARTY! Feel like you need some variety? Did you know you can also do a tour to visit a bunch of bars?

In for some more music? Outside the city center, many festivals are organized where the best DJ’s perform to celebrate the king’s birthday. To find the best places to party, we’d like to provide you with a list of all the dance events.

Not surprisingly, this day, and this day only, your whole outfit should be ORANGE! Join the crowds gathering in Amsterdam. If you don’t own an orange outfit, try to get some orange accessories like big orange sunglasses, an orange boa or an orange hat!

Carry some cash with you!

From when till when?

The flea markets usually start around 10:00 AM but already in the early morning, you feel it is King’s Day. People are coming from all parts of The Netherlands to celebrate King’s Day in the capital. Most events start around midday. Presumably because some folks have to recover from their hangover. While the weather during King’s Day is usually very bright, the market and other festivals finish at 8:00 PM. But also after that time, the city is very lively!

While the city is packed with tons of people, the schedule of public transport is adapted to this day. Most trams and busses drive only up to the outskirts of the city so better plan your trip ahead!

For sure the latter one! It is highly recommendable to explore Amsterdam by foot instead of car. The city centre is closed for cars from 07:30 AM onwards so take those comfy shoes out of the closet and enjoy the fun by walking! 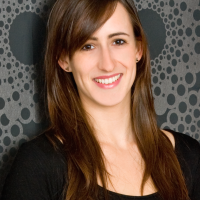 Online Marketing Manager at Mobypark since 2013, enthusiastic about the sharing economy and how it enables us to travel the world in a new and more personal way!