TCS Amsterdam Marathon, DSW Bridge Marathon Rotterdam and 3 other Dutch marathons in 2019 and late 2018 to look forward to

Discover the top 5 Dutch marathons in the 3 biggest cities in the Netherlands: Amsterdam, Rotterdam and The Hague.

TCS Amsterdam Marathon, DSW Bridge Marathon Rotterdam and 3 other Dutch marathons in 2019 and late 2018 to look forward to

In the Netherlands, there are plenty of big sporting events to look forward to, especially if you are a runner. There is the famous CPC Den Haag loop (CPC The Hague Marathon), the popular Utrecht Science Park marathon which takes place in early Spring and the Two Rivers Marathon, a qualifier for the great Two Oceans Marathon which takes place in Cape Town, South Africa. In the latter half of the year, the three biggest Dutch cities (Amsterdam, Rotterdam and The Hague) host excellent marathons which attract impressive crowds. The days are getting chillier, and it’s time to start warming up! These are the top dutch marathons to participate in in the upcoming months! 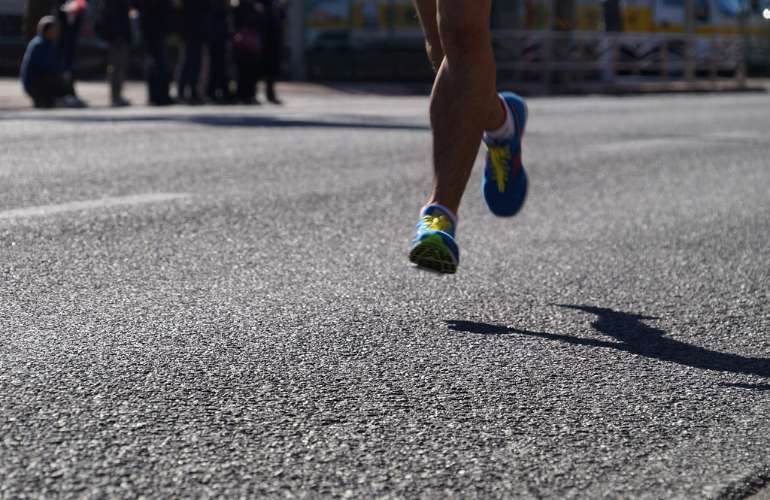 The 6th edition of the Vrede’s Marathon (42km), held in Den Haag, is an event for both running enthusiasts and regular members of the public. Aside from the main event of the Den Haag marathon, there are ‘walking marathons’ through beautiful parts of the Hague and in other cities too, including Leiden, Amsterdam and Leeuwaarden, between 5km and 10km in length. There are many sub events, such as short distance running and a Vrede’s half marathon.

Unlike the other Dutch marathons, the Den Haag Vrede’s Marathon places less emphasis on winning (there are no cash prizes, for example) and focuses more on health, community and sustainability. This makes the event accessible to young and old, healthy or otherwise - everyone can participate. 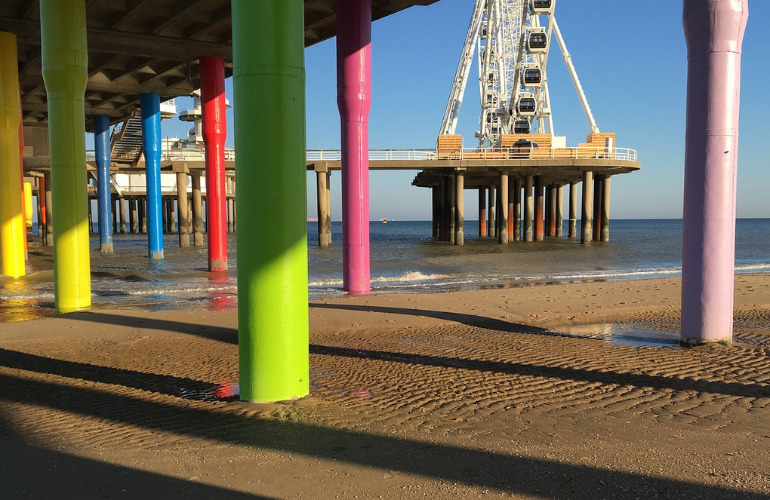 Sound good? Sign up for the Den Haag Vrede’s Marathon

Also taking place on the same days as the Den Haag Vrede’s Marathon is the Dam tot Damloop (Dam to Dam Marathon). This is by far one of the biggest marathons in the Netherlands, attracting roughly 50,000 participants every year. The ‘Dams’ in ‘Dam tot Dam’ refer to Amsterdam and Zaandam consecutively, the start and finish of the race. A particularly unique aspect of this Amsterdam marathon is that the route takes you through the Ij Tunnel, the massive tunnel which runs beneath the river Ij and which is closed to traffic during the event.

For a more relaxed experience of the Dam tot Dam, there is the Dam tot Dam Wandeltocht (Dam to Dam walking route). Despite the shorter route, you still get cheered on by the onlookers and can even stop at rest-stop terraces mid-way, set up especially for the occasion. As a finishing touch, there is a DJ and a dance floor at the finish line to ensure that the festivities don’t stop when the race has ended. 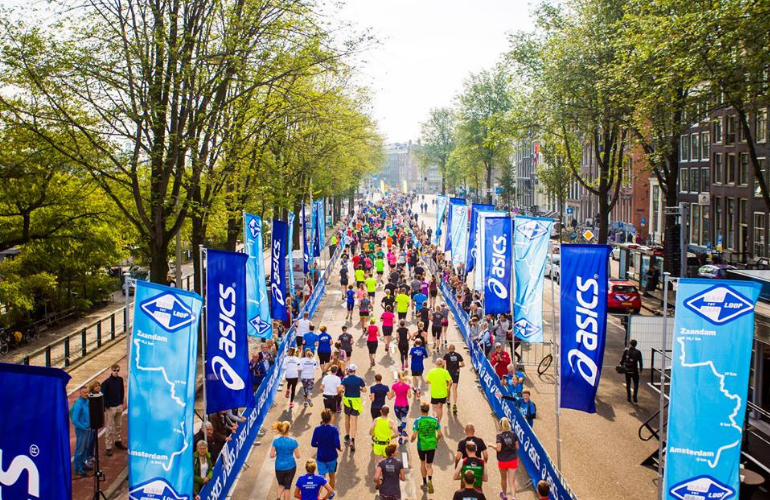 One of the most popular dutch marathons is the TCS Amsterdam Marathon, this year gearing up for its 43rd edition. With space for 45,000 participants, it’s no wonder that it’s one of the most watched and sought after sporting events in the Netherlands. This year, the TCS 8km marathon was sold out by early September, and the TCS Amsterdam half marathon is well on its way to being sold out too!

In addition to the main TCS Amsterdam marathon events, there is also the Kids Run and a series of ‘Mini marathons’ which take place at the start and finish of the main marathon, the Olympische stadion of Amsterdam (Amsterdam Olympic Stadium). The stadium is a fitting central point for this fantastic race, because the TCS Amsterdam Marathon participants include international athletes. They run with the locals and running enthusiasts from all over the country along Amsterdam’s iconic canals, past famed Amsterdam attractions (such as through the Rijksmuseum arches) and past thousands of avid supporters.

Rotterdam is well known for being the most modern big city of the Netherlands, having widely experimented with its architecture after the second world war. The Rotterdam port is the largest in Europe and, in combination with the striking Rotterdam city skyline, creates the perfect setting for the DSW Bruggenloop Rotterdam (DSW Bridge Marathon Rotterdam). This a marathon in which participants run a route that takes them over 6 beautiful bridges, including the impressive Williamsburg. 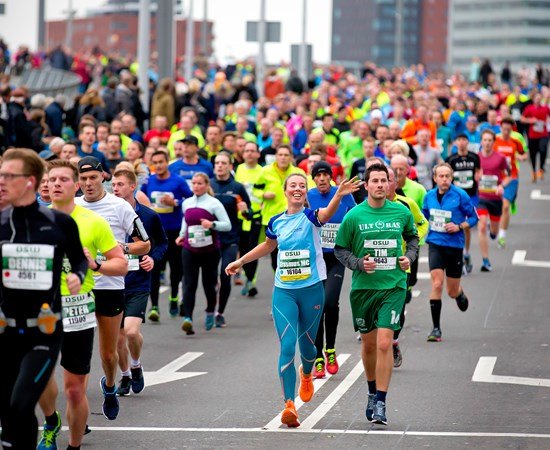 The run is split into two sections: individual participation and the business run.The DSW Bruggenloop is all about spirit and helping others. If you are not up for running in December temperatures, there is a DSW Bruggenloop volunteer program for helping out at the event. In addition, the DSW Marathon raises money for cancer patients and their families, truly encompassing the season of giving. Participating, whether its as a runner or a supporter, is a fantastic way to chase away the winter blues and enjoy the great city of Rotterdam at twilight. 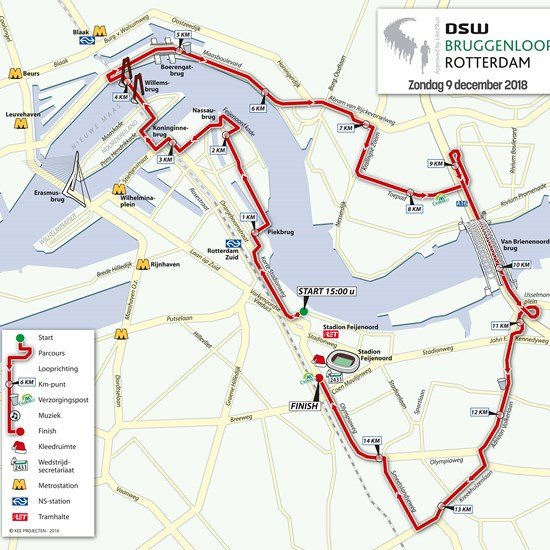 Up for the challenge? Sign up for the DSW Bruggenloop Rotterdam

Coming by car? Parking Rotterdam Centre. If you come by car enjoy 5% discount with this code: rotterdammarathon2018

Last but not least is the NN Rotterdam Marathon, a massive event which takes over the entire city. The atmosphere of the Rotterdam Marathon is electric and next year’s event promises to be no different. There are more than 900,000 supporters lining the route and various initiatives which urge the runners on. One example is the ‘Heartbeat of Rotterdam’, a collection of bands and musicians which spur on the participants with lively and upbeat live music. Another is the personalised videos from loved ones offering support to runners which are projected onto screens along the route. Last year’s edition of NN Marathon Rotterdam saw more than 5000 supporter videos sent in.

There are many different races you can participate in during the NN Marathon Rotterdam weekend, from the main marathon to Kids and Business runs. The event also focuses on raising money for underprivileged children. Add to all these possibilities the incredible NN Marathon Rotterdam route, running right through the city’s heart and over the magnificent Erasmus bridge, and you’ll find that this is a marathon not to be missed.

Want to join in? Sign up for the NN Rotterdam Marathon 2019 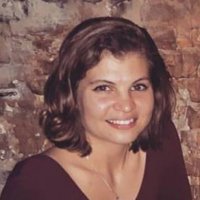 Working in Communications and Digital Marketing, Emma is enthusiastic about the sharing economy, city cultures, and communities. Content and knowledge sharing connects us all!